The 20-hour rule will revolutionize how you move forward and profit in your Network Marketing Business.

I have been on the FOCUS bandwagon for a few years now.

When neurosurgeon Josh Kauffman became a new dad, he was hit with a wave of despair.

Between work, nappies and chronic sleep deprivation, how will I ever have the time to learn anything new again? he asked himself.

Like the billions of other new parents who’ve felt the same way before him, he was a sleep-deprived wreck and assumed he’d never have free time ever again. So he allowed himself to wallow in the pain for a short while.

Then he started thinking.

How long does it *actually* take to learn a new skill, anyway?

Google, best-seller books, and all the big blogs all seemed to answer the same way–10,000 hours.  After the NY Times best selling author Malcom Gladwell introduced his best selling Outliers book, it appeared that every personal development speaker on the planet, jumped on the bandwagon. 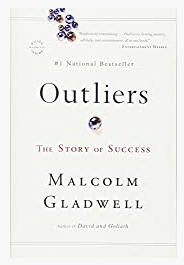 But Kauffman, who is also a self-professed “cognitive psychology geek”, decided to do some more digging. He wanted to understand where this seemingly random number originated and what it actually meant.

He came across research conducted by Dr. K. Anders Ericsson of Florida State University that studied world-class performers of every kind: professional golfers, violinists and chess grandmasters to name a few. He found that the top performers in these fields put in around 10,000 hours of deliberate practice to achieve their level of mastery. The more time a person spent practicing, the higher the probability that they’d reach the top of their particular field. So it turned out that The 10,000 Hour Rule was a measure of how long it took to master a new skill, rather than how long it took to simply acquire one.

Feeling a bit more upbeat, Kauffman did some more digging. And what he discovered sent chills of excitement through him.

We all know the “learning curve”. It’s that frustrating yet thoroughly rewarding period of time where you go from being a complete newbie to developing a basic level of proficiency relatively quickly. The learning curve. Source: How to learn anything in 20 hours | TEDx |

As seen in the image above, the time it takes to develop basic proficiency happens fairly quickly and then tapers off as you try to move from proficiency to mastery. That learning curve differs immensely between various skills but Kauffman found that most skills can be acquired, at least at a basic level of proficiency, within just 20 hours.

Just 20 hours of deliberate, focused practise is all you really need to build basic proficiency in any new skill. Broken up, that’s just 45 minutes of practise every day for 1 month.

But if it’s that easy, why do so many network marketers who have been around the profession a year, three years, five years, ten years or longer appear so unskilled, and have so little results TODAY?

Three reasons: lack of time, lack of focus and not knowing where to start.

Finding the time to focus.

Let’s tackle the focus bit first. In the age of never-ending distractions, finding your focus is hard. Very hard. In his #1 best-selling book, Deep Work, Professor Cal Newport proposes that as a society, we’ve lost the ability to focus deeply on just one thing at a time. This is bad because our brains are wired to work best when we focus on one complex task rather than continuously switch between them. But we’ve collectively become a giant group of multi-taskers and we suck at it. He suggests that whilet it is a difficult habit to cultivate, becoming awesome at deep work is very much worth investing in.

Newport and other authors offer four strategies to help you commit to moments of deep work:

Over the years there have been alot of talk in network marketing circles about, accountability partners,  master mind groups and so on and so forth.

Our personal team does Zoom Outraches together, daily.   We teach people specific, proven strategies for reaching out and doing what we call lead outreach on social medial platforms like Facebook, Linked In, Twitter, Instagram, etc.   We also have stratiges for platforms like Face Book Buy and Sell Groups,  MLM Gateway & Cragislist, just to name a few.

We are all sitting there together in a zoom room, doing focussed outreach.  That way is someone has questions, they can ask and you have people supporting  and encouraging each other.  I can not tell you the postive impact these nightly team zoom have had on future leadres of our team.

That’s all well and good, I hear you say, but my upline doesn’t provide that type of support, or I’m in the hospital 12 hours a day. I don’t have 4 hour chunks of time to commit to deep learning.

Finding 20 hours a month of free time seems impossible, right? Between work, family, commitments and Netflix, who has the time?

But you can find those pockets of time if you look hard enough. The latest research suggests that people, on average, spend up to 135 minutes a day mindlessly browsing on the internet. That’s over 2 hours of wasted time a day. 60 hours a month.

I don’t think I need to explain that any further.

Yeh, but when you only have 5-10 minutes free at a time, how do you do anything constructive with them? I hear you ask.

Simple. You plan it beforehand.

Newport’s journalistic approach to deep work functions great with small pockets of time if you have a list of structured items you need to get through to learn your new skill. Think of it this way: if you had a to-do list of 50 items that you had to get done this week, how would you approach it?

With that kind of pressure on you, you’ll find the easiest tasks to complete (reschedule that physio appointment, respond to that email etc.) and get them done in the 5 minute free blocks you find throughout your day. But the key here is that you’ve already got them written down. You don’t need to think. You just need to do.

You can use the same approach to learn a new skill. You know that you will be able to find random 5-10 minute blocks of free time throughout your day so you plan accordingly.

Knowing where to start: building a knowledge tree using the Feynman Technique

Elon Musk is the 21st century Leonardo da Vinci and he has a very particular way of learning.

Musk once spoke about how he has been able to achieve, in a few short years, what would take most people dozens of lifetimes to do. He attributes his prolific learning to a mental model called

The Feynman Technique. Named after Nobel Prize Winning physicist Richard Feynman, this mental model is based on the premise that you should learn not to memorize, but to deeply understand.

“One bit of advice: it is important to view knowledge as sort of a semantic tree-–make sure you understand the fundamental principles, i.e. the trunk and big branches, before you get into the leaves/details or there is nothing for them to hang on to.”–Elon Musk

Year ago, after about the first 18 months with NII we had taught the basic systems to our team over and over, and over again.   Going back to my days in Shaklee I always made shure every new person was given a system for:

This is the foundation, the trunk of the tree if you will.  I realized early on in my career that until they had the fundamental systems, master we would never have anything to build upon.

That is why today their is so much confusion in the network marketing business model.  People are left to try to get bits, pieces, nuggets, and tips instead of how to build their business based upon foundational systems.

But 18 month into NII I realized we need to have a training system that gave picture the big picture, the path we were trying to take them down.  That training was called Putting the Pieces of the Network Marketing Puzzle Together.

It is somewhat of a collectors item now, and we have sold access to this training for several hundred dollars, even though it was recorded nearly 25 years ago.  It give people the foundation the trunk that must be developed in order to achieve your full upside potential with this business model.  We make that training available free to our aplgo members.

The challenge I see everywhere in network marketing today is many people have a few leaves, and maybe a branch or two, but they were never given and taught the TRUNK OF THE TREE, so to speak.

Musk learns by first looking at the most fundamental concepts in any given subject and tries to understand it before moving on to the next level of the “tree”. To give you an example, look at the following two cases.

Source: Elon’s Surprising Strategy for Thinking About Everything | www.inc.com |

All the A’s look different in case 1 yet they are the same letter. By studying the A’s in case 1 after looking at the A’s in case 2, you will come to realize that certain defining features create the letter “A”. The two strokes that join at the top, the horizontal stroke in the middle, the space above that stroke etc. Eventually, you will be able to recognize a letter “A” regardless of what it looks like and even be able to construct your own because you know the fundamental features of the letter “A” (if typography is your thing!).

If you were to only look at case 2 without comparing it to case 1, you’d have no way of identifying the unique features that make an “A” what it is and therefore couldn’t possibly create a version of your own. This ability to deconstruct a skill or body of knowledge to its fundamental principles is necessary for effective learning and the subsequent application of that learning.

Again, that is why we make available to our team a training I did year ago, calle “Putting the Network Marketing Pieces of the Puzzle Together”  After we released this training to our team, our business exploded, because people had a high level view of what it really takes to build a duplicating network marekting team.

According to Kauffman, the first step to learning a new skill quickly and efficiently is to learn how to deconstruct a skill into its most important parts. You could spend hours upon hours getting stuck into the nitty-gritty details of a new skill but that would be inefficient. The details would have no “branches” to hang onto. Instead, focus the first 20 hours of learning a new skill building the “trunk” of the skill tree using the following steps.

And don’t forget to enjoy the ride!

By dale|2021-03-09T15:04:40-06:00March 4th, 2021|Network Marketing Training, Uncategorized|Comments Off on The 20-hour rule will revolutionize how you move forward and profit in your Network Marketing Business.

About the Author: dale